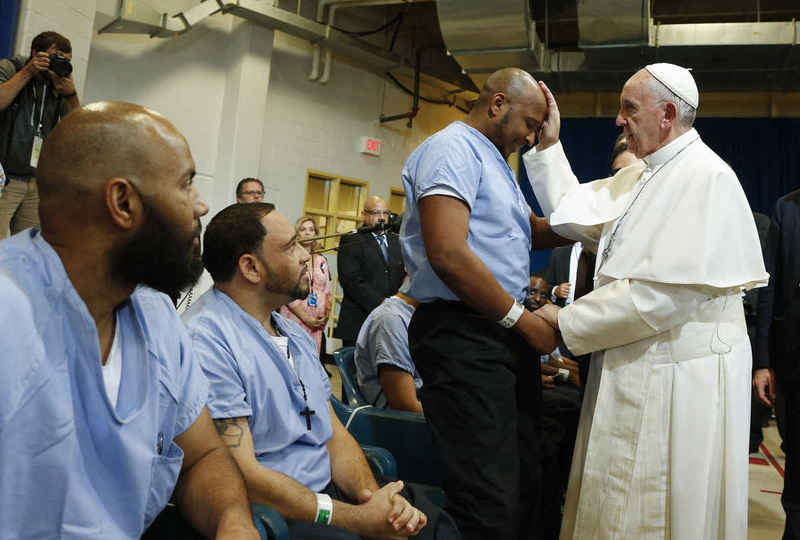 For some years now, I have expressed my concern that the death penalty is both cruel and unnecessary and I have called for its abolition.

So, I welcome the changes to The Catechism of the Catholic Church on the death penalty and I am grateful for Pope Francis’ leadership in working for an end to judicial executions worldwide.

The Catechism revisions announced today reflect an authentic development of the Church’s doctrine that started with St. John Paul II and has continued under emeritus Pope Benedict XVI and now Pope Francis.

The Scriptures, along with saints and teachers in the Church’s tradition, justify the death penalty as a fitting punishment for those who commit evil or take another person’s life. And the Church has always recognized that governments and civil authorities have the right to carry out executions in order to protect their citizens’ lives and punish those guilty of the gravest crimes against human life and the stability of the social order.

But in recent decades, there has been a growing consensus — among bishops’ conferences around the world and in the teachings of the Popes and the Catechism — that use of the death penalty can no longer be accepted.

The Church has come to understand that from a practical standpoint, governments now have the ability to protect society and punish criminals without executing violent offenders. The Church now believes that the traditional purposes of punishment — defending society, deterring criminal acts, rehabilitating criminals and penalizing them for their actions — can be better achieved by nonviolent means.

The Church’s continued prayer and reflection has also helped us to see the deeper demands of the Gospel’s teaching on human life and dignity.

We understand now that all human life is sacred — even the lives of those who commit acts of great evil and depravity. And we have come to insist that authorities respect the dignity of even the most violent criminals and give them the chance to reform their lives and be reintegrated into society.

Today’s revisions to the Catechism seem to me to reflect this growing consensus in the Church that capital punishment should be rejected.

In his letter, Evangelium Vitae (“The Gospel of Life”), Pope John Paul II said the death penalty could be used only in cases “when it would not be possible otherwise to defend society.” But, he added, “as a result of steady improvements in the organization of the penal system, such cases are very rare, if not practically non-existent.”

The revisions announced today are in line with that conclusion.

The Catechism now says the death penalty is “inadmissible” — it should not be used — because it violates the dignity of the person and because “more effective systems of detention have been developed, which ensure the due protection of citizens but, at the same time, do not definitively deprive the guilty of the possibility of redemption.”

The Catechism is not equating capital punishment with the evils of abortion and euthanasia. Those crimes involve the direct killing of innocent life and they are always gravely immoral. By definition, the lives of almost all those on death row are not “innocent.” But as St. John Paul II said: “Not even a murderer loses his personal dignity, and God himself pledges to guarantee this.”

I respect that many good people will continue to believe that our society needs the death penalty to express its moral outrage and to punish those who commit the ultimate crime of taking human life.

But I do not believe that public executions serve to advance that message in our secular society.

We all need to consider how much violence has become an accepted part of American society and popular culture. There is not only the random violence we see every day in our communities. But we are also a society that permits our children to play video games that involve them “virtually” killing their enemies; much of our popular “entertainment” consists of movies and other programs that involve fictional characters committing heinous murders and other unspeakable acts.

In this kind of society, executing criminals sends no moral signal. It is simply one more killing in a culture of death.

The Church today is pointing us in a different direction.

Showing mercy to those who do not “deserve” it, seeking redemption for persons who have committed evil, working for a society where every human life is considered sacred and protected — this is how we are called to follow Jesus Christ and proclaim his Gospel of life in these times and in this culture.