LOVE IS THE MEASURE 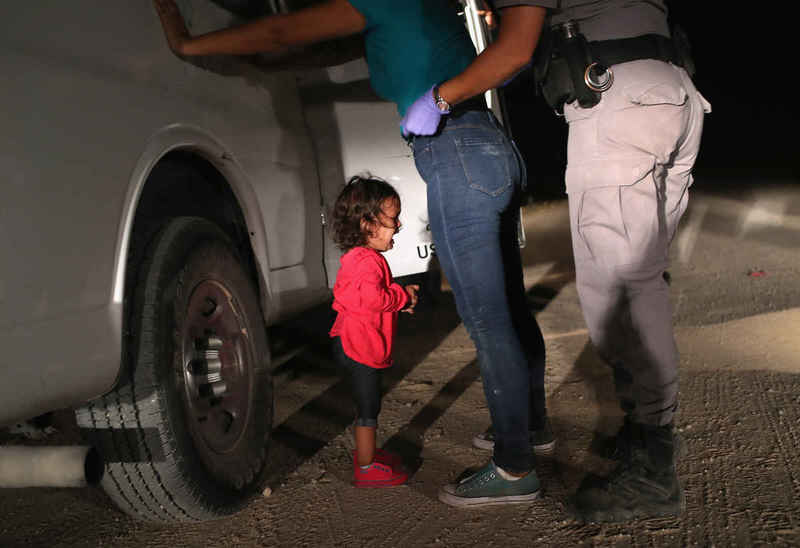 The law is a teacher and so is the way we enforce our laws.

So what lessons are we teaching at our nation’s southern border? The pictures are dramatic and they fill you with sadness and anger.

Immigrant children — some barely old enough to walk, some infants still in their mothers’ arms — being torn away from their undocumented parents as they try to cross the border.

More than 2,000 children have been seized by border authorities in the last six weeks alone.

Adding to the cruelty, in the large warehouses being used as child internment camps, strange rules have been imposed that prevent shelter workers from touching or holding the little children to comfort them.

It is hard to write these words. I cannot believe this is happening in our country. But this is where 25 years of bipartisan failure on immigration reform has led us.

We are now a nation where “zero tolerance” means no mercy. We seem proud to announce that we will no longer grant asylum to victims of domestic abuse and gang violence. In the name of protecting our borders, we are willing to break up families and shatter the lives of innocent children.

As the pictures were coming in last week from the border, leaders in the House of Representatives decided to block debate on a bipartisan commonsense and compassionate immigration bill that was supported by me and my brother Catholic bishops.

Again, the result is to penalize children for the mistakes of their parents — in this case the nearly 2 million who were brought to this country as small children by undocumented parents or family members.

As I write, House leaders are drafting two bills. Right now, it does not look like either bill provides a clear or generous path for these young people to become citizens. And this is not right.

The law is a teacher. And our leaders are delivering some harsh lessons these days.

Our nation’s highest law enforcement official is quoting the New Testament to justify our new family separation policies. “I would cite you to the Apostle Paul and his clear and wise command in Romans 13, to obey the laws of the government because God has ordained them for the purpose of order,” he said.

What should our Christian witness be in the face of our government’s approach to immigration?

We need to pray for wisdom and courage. We need grace to retain our humanity even as we confront the inhumanity of our government’s policies.

We need to remind our leaders that Romans 13 concludes with these words: “For the one who loves another has fulfilled the law. … The commandments are summed up in this saying: ‘You shall love your neighbor as yourself.’”

Love is the measure by which we are judged. Every one of us. This is the law of God and no one is exempt. Our nation is judged finally by how it treats the weakest and most vulnerable among us.

Our leaders have a solemn duty to secure our national borders and enforce our immigration laws. No one questions this. But we must find a better way.

What we are doing now is wrong — on the borders, in the cruel partisanship and self-interested political calculations of our immigration debates.

Our national conscience has been darkened by fear, by economic insecurity and by years of “dehumanizing” rhetoric about immigrants from politicians and media figures.

As Christians, we are called to help our neighbors and leaders rediscover the capacity for empathy — to once more be able to feel compassion for the common humanity and destiny that we share with one another, including our immigrant brothers and sisters.

St. Thomas Aquinas said that when a human law does not reflect God’s law then it becomes an unjust law and even an act of violence.

That means stop the family separations right now — and give those 2,000 children back to their moms and dads.

The law is a teacher. As Christians our duty in this moment is to insist that our laws reflect God’s law of love. Every human life is sacred and every person’s dignity must be respected, even if that person has broken the law or is related to someone who has broken the law.

This Sunday, June 24, I hope you will join me for our annual “Mass for All Immigrants,” which I will celebrate at the Cathedral of Our Lady of the Angels at 4 p.m.

We have much to pray about again this year.

Pray for me and I will be praying for you. And let us ask our Blessed Mother to be near to every child and every parent suffering separation along our borders this day.