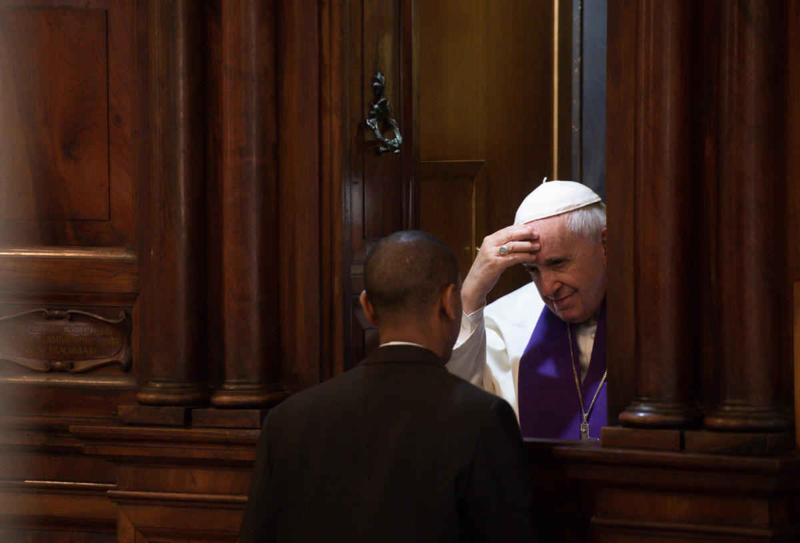 Saint Mateo Correa Magallanes was a priest and a Knight of Columbus. During the persecution of the Church in Mexico in 1927, he had a choice to make.

He was in the jails hearing confessions from prisoners rounded up by the government. Now, a general was pressing a gun to his head, threatening to kill him if he did not disclose what prisoners had told him in confession.

Mateo said, “You can do that, but just know that a priest must keep the seal of confession. I am willing to die.” Shortly after that, he was taken to the outskirts of town and killed.

Every priest takes his obligations as a confessor seriously.

We know it is a beautiful duty and a privilege to guide souls and grant forgiveness in God’s name. Mateo and many priests down through the centuries have chosen to suffer rather than betray the confidentiality of what they hear in confession.

Confession is sacred — to every priest and every Catholic.

That is why I am greatly disturbed by a bill that is moving through the California legislature. Senate Bill 360 would order priests to disclose information they might hear in confession concerning the sexual abuse of minors.

Sometimes the best intentions can lead to bad legislation. That is the case with SB 360.

Child sexual abuse is a horrible sin and crime that afflicts every area of our society. In the Catholic Church, we have grappled with this scandal for many years.

Across the state, dioceses have put in place policies and programs to keep children safe. We fingerprint and do background checks on Church personnel, we have staff who help victims, and we have strict protocols for dealing with allegations against priests and others who work for the Church.

As a result, new cases of child sexual abuse by priests are rare in the Archdiocese of Los Angeles and other dioceses in California.

Every case is one too many. And the Church remains vigilant in protecting children and we are committed to helping all victim-survivors find healing.

From a public policy standpoint, if the goal is to prevent child sexual abuse, it does not make sense to single out Catholic priests and the Sacrament of Penance and Reconciliation, which is the formal name for confession.

Catholics believe that in the confessional we can tell God everything that is on our heart and seek his healing mercy. The priest is only an instrument; he stands in the “person of Christ.” We confess our sins — not to a man but to God.

The privacy of that intimate conversation — our ability to speak with total honesty from our lips to God’s ear — is absolutely vital to our relationship with God.

This legislation, then, is a mortal threat to the religious freedom of every Catholic.

What is more alarming is that this bill is moving forward without any evidence that it will protect children.

Priests are already “mandated reporters” in California. That means we are required by law to report cases of sexual abuse that we suspect, except if we hear about it in the confessional.

SB 360’s sponsor makes a sweeping claim that “the clergy-penitent privilege has been abused on a large scale, resulting in the unreported and systemic abuse of thousands of children across multiple denominations and faiths.”

That is simply not true. Hearings on the bill have not presented a single case — in California or anywhere else — where this kind of crime could have been prevented if a priest had disclosed information he had heard in confession. Why is no one asking the bill’s sponsor to provide evidence for his accusations against the Church?

SB 360 claims to solve a crisis that does not exist.

The fact is, child sexual abuse is not a sin that people confess to priests in the confessional. Those who counsel such predators tell us that sadly, many of them are secretive and manipulative and cannot comprehend the grave evil of their actions.

It is far more likely that journalists and lawyers would hear admissions about such crimes. Yet this bill does not propose doing away with the attorney-client privilege or the protection of journalists’ sources. It only targets Catholic priests.

SB 360 should be voted down. And we should continue working together to seek effective ways to fight this scourge of child sexual abuse in our society.

Pray for me this week, and I will pray for you.

And let us pray for our priests — with gratitude for their courage in opening the doors of God’s mercy to us in confession.

And let us ask our Blessed Mother Mary to help us bring healing to every victim-survivor of abuse and help us build a society where every child is loved, protected, and safe.

The California Catholic Conference is urging Catholics to oppose SB 360 which would revoke the “Seal of Confession.” Tell your State Senator to vote “NO”on SB 360; click here. Do it today, a crucial vote in the State Senate is expected by the end of May.