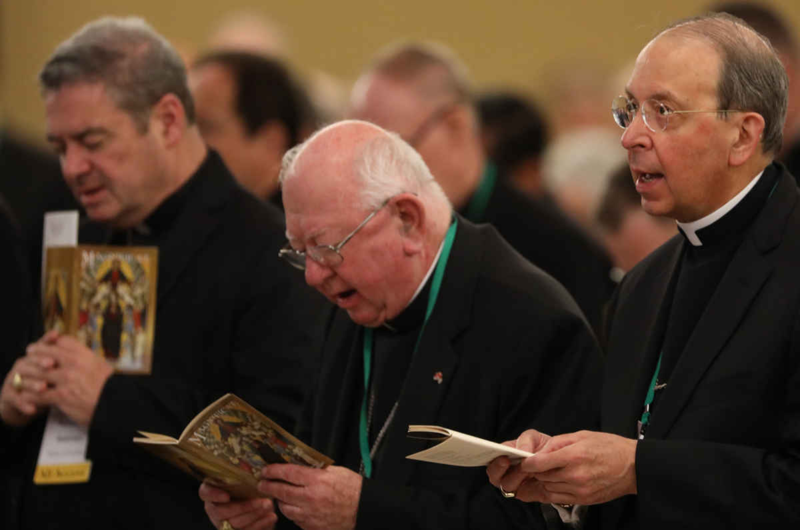 Last week I was in Baltimore to take part in the annual spring assembly of the United States Conference of Catholic Bishops.

It was an important meeting, and our four days together were dedicated almost entirely to the issue of how we as bishops should carry out our responsibilities in handling allegations of clergy sexual abuse against minors.

The scourge of abuse in the Church continues to be the bishops’ most urgent priority.

Here in Los Angeles and across the country, the Church has made enormous progress in these areas, perhaps far more than any other organization or institution in America.

The nation’s dioceses have offices to receive claims of abuse and ensure that victim-survivors are treated with dignity and compassion and given the assistance and resources they need to find healing.

The Church’s abuse prevention work, while led by the bishops, is carried out largely by teams of laypeople at every level. Thanks to their competence and dedication, new cases of abuse of minors by priests are extremely rare today.

The most recent independent annual audit, which covers 2017–2018, found that there were three substantiated allegations of abuse by priests of current minors in the entire country. Every allegation, whether eventually substantiated or not, was reported to law enforcement.

Here in the Archdiocese of Los Angeles, as I have reported to you, there have been two substantiated cases of misconduct by priests of the archdiocese in the last 10 years.

These numbers are important to keep in mind because the issue of abuse by priests is in the news almost daily.

Much of what is being reported involves abuses that were committed many years ago. For instance, in the most recent national audit, most of the 1,455 allegations of abuse against clergy reported in 2017–2018 arebetween 10 and 14 years old.

The age of a claim does not make it any less serious, or the wounds that it inflicts any less severe. But we need to keep this in perspective as we continue to learn the lessons of the past and work to prevent abuse in the future.

Personally, I take my responsibility to protect children seriously. I consider every incident to be one too many.

We continue to work diligently to protect children and report allegations and remove perpetrators from ministry. Since 2002, the Archdiocese of Los Angeles has trained more than 329,000 adults, and each year more than 165,000 children are trained in abuse prevention and reporting. Also, more than 168,000 adults have been fingerprinted and undergone background checks.

I encourage you to review all of our abuse prevention protocols and programs at our website: protect.la-archdiocese.org. And always, if you or anyone you know has been a victim of abuse by anyone in the Church in Los Angeles, I urge you to report this immediately to law enforcement and contact our Victims’ Assistanceoffice at 800-355-2545.

Pope Francis has given us new universal norms for the Church in our work to combat abuse. This follows a summit of bishops from every diocese that the Holy Father called in February.

Our work in Baltimore was in part to adapt and enact these new universal norms for the United States and continue work we had already begun toward increasing our accountability and the effectiveness of our abuse prevention efforts.

We adopted a short, sincere statement, expressing our contrition for past abuses and renewing our commitments to our moral responsibilities as bishops.

In addition, we voted on three important initiatives that we intend to carry out with the necessary assistance of lay leaders at the national and local levels:

These are good and important measures and I pray that they will move us toward healing of all those who have been hurt and restoring the trust that has been lost.

Pray for me this week, and I will pray for you. And let us continue to pray for the victim-survivors of abuse and for all those in the Church who are working to prevent future abuses.

May our Blessed Mother Mary move all of us to continue the conversion of our hearts that we might grow in holiness and in our service of the Gospel.